If you’re working in the construction industry, you can relate that it’s not much fun. The demands of getting to the construction site as early as possible to do something more boring than what you did yesterday aren’t promising.

As boring as working in construction might sound, you can make it fun. How about simulating a construction environment in a game?

What is Construction Simulator 3

Construction Simulator 3 does what the title says: lets you simulate life in the construction industry.

You start your career from Neustein, a fictional city set in Europe and its environs. You start with some menial tasks like gardening and items delivery, working up your way to becoming an expert construction worker.

Starting the game, you are a complete noob. You can barely do anything relevant to the motives of the game.

To show you how completely ‘amateur’ you will be at the beginning of the game, you won’t even be able to drive a truck. I don’t support spoilers, but just to set you in the right state of mind.

While Construction Simulator isn’t the best of games, it is a leader in what it does.

Another thing that sets this game apart from its competitors is that it is multi-platform. Construction Simulator 3 is available on iPhones with iOS 10 or higher.

By implication, you can play this game on an iPhone 5s or higher. It is also available on Android devices from Android 5.0.

Other devices that can run the console edition of this game include PS4, PS4 Pro, Nintendo Switch, Xbox One, Xbox One S, and Xbox One X.

Technically, you cannot directly install Construction Simulator 3 on a Windows PC. This fact doesn’t mean you cannot play this game on Windows, as there are workarounds.

However, if you must play Construction Simulator 3 on your PC, there is a workaround for that too.

In this section, you’ll learn how to play this game on your Windows 10 PC, both the supported and unsupported versions.

There are many ways to play this game on your Windows 10 PC. You can play it through an emulator. You can also play the PC equivalent through Steam.

Here are the required steps for each way in detail.

1. Play through an emulator

If you must play Construction Simulator 3 specifically, you obviously cannot do that directly on your Windows 10 PC. You just can’t run Android or iOS apps on a Windows device.

One workaround for this is using an Android emulator. An emulator is any program that will allow you to run applications from an operating system to another.

Recommended:  Secrets To Success In Construction

In that sense, an Android emulator for Windows lets you run Android apps on your Windows device.

Some of the Android emulators perfectly suited for this task include Bluestacks and LDPlayer. While Bluestacks is far more popular, LDPlayer is more optimized for gaming and wins the recommended emulator award for this review.

One thing worth noting is that you won’t likely get super-fast speeds unless your computer is a horse.

2. Getting it from Steam

The other available option for playing the Construction Simulator game on Windows 10 is through Steam.

However, you cannot get Construction Simulator 3 specifically on Steam. That version is for Android and iOS devices only.

What you will get instead is Construction Simulator 2015, which is the PC version of the game. It is available for Windows and Mac, and it is on Steam for $14.99.

However, before bringing out your credit card to purchase this game, you’ll want to verify that your computer is capable of running it.

Construction Simulator 2015 can only run on Windows devices running Windows 7 or higher. It should also sport a dual-core processor with a clock speed of 2.4 GHz, at the very least.

This game also requires 4GB of RAM and a decent graphics card (Geforce 400 Series at least). And as is the case with most games, the more, the better.

If you purchased your computer recently, you don’t need to worry. These requirements are as basic as it gets.

Recommended:  These are The Best Machine Learning Software for Engineers

Where can I buy Construction Simulation 3?

Construction Simulator 3 is available in a variety of digital stores. Where you look depends on the device on which you want to play.

Windows 10 users aren’t particularly lucky as you can’t get a native copy of Construction Simulator 3 for Windows.

What you can get instead is the Android version that you can run on an emulator like LDPlayer, and that is if you have a fast gaming PC setup.

Otherwise, you can simply purchase Construction Simulation 2015 from Steam, which in my opinion, is a better pick than the 3.

Conclusion: What is Construction Simulator?

Simulation games are always fun. It always feels good to do what you love doing without the stress.

Construction Simulator 3 might not be perfect, but it’s a good one.

While this game isn’t natively available on your PC, you can play the better PC alternative: Construction Simulator 2015.

You might as well go with the Android version in an emulator, whatever works best for you. 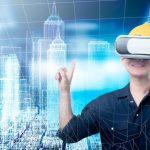 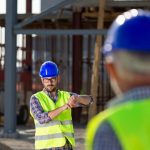