It is no longer news that Nigeria has witnessed the collapse of several buildings within the last couple of months. There was a case where a 22 storey building was said to have collapsed in Ikoyi city of Lagos state, trapping several humans, leaving many injured as well. And so today we are here to talk about why these structural failures have become the order of the day. Today we shall be looking at Reasons Why Buildings Collapse in Nigeria.

First of all, why do buildings collapse? A collapse is caused by structural deformity, failure of a structure to withstand internal forces and a collapse means a structure no longer what it takes to serve the purpose it was initially built for.

Here are a few reasons why building collapse has become the order of the day in Nigeria. For the year 2019, we watched and heard how a school building collapsed in Ita Faji area of Lagos Island. An incident that left 10 persons dead (as reported by BBC). Yet again, there has been a total of 152 building collapse incidents within Lagos state alone and these took place within 6 years. Let us not forget to mention the recent collapse of a church building in Okpanam (Oshimili North Local Government Area) which took about 4 Lives as reported by Vanguard News. These are just a few popular collapses that could be accounted for, now what about those we never saw or heard about?

Structural failure as I may call it usually starts from the lack of or insufficient earth or Geotechnical analysis of the earth to wrong application of materials, underestimation of live and dead loads, etc.

Please understand that because guardian constructors aim to communicate effectively, some professional terms could be broken down for easy understanding since the majority of our audience are those interested in completing their building projects.

Let’s see a few reasons why Buildings collapse in Nigeria.

Reasons why Buildings Collapse In Nigeria

In this section we wish to highlight a few reasons why buildings collapse in Nigeria. Please understand that the points highlighted are as the author has experience during his time as a site engineer, has always warned clients against

I will tag this as one of the major Reasons Why Buildings Collapse in Nigeria because when the head is rotten, then nothing good can come off the body. The soil is the base for every construction we make on the surface of the earth. Geotechnical studies are one of the prescribed studies that must be carried out whenever an engineering structure is to be built. Based on this, it’s is recommended that engineers demand this analysis or its results from their clients, it is supposed to be among the necessary documents a client presents before awarding a contract to you. But I think from. My little experience, this is often lacking or not available in most cases which means whatever was built or is to be built is built based on assumptions rather than from Laboratory details available in the soil test results. The soil analysis result is important because it forms the basis upon which the most suitable type of foundation is prescribed. So when you have no soil test analysis or results, what happens? Do you erect a building with the assumption that the entire area is dry land, not swampy land? Well, let us examine a few reasons why building collapse incidents have continually hunt buildings in Nigeria today!

Why is soil test Important?

Soil tests result is important because it shows basic properties of the soil such as its Moisture content, specific gravity, dry density as well as the compatibility of the soil.

While moisture content shows the amount of moisture in the soil on which a structure is to be erected, Soil compaction shows the level of treatment the soil is to be subjected to in order to increases its bearing capacity, resistance to deformation, resistant to permeability as well as durability.

Soil Specific gravity on the other hand shows how capable a soil is to withstand the loads (the entire building) imposed on it. This has become necessary since some observation has shown that engineering structures tend to move at some point of their existence (see Millennium High Rise in San Franciso, whose top floor is moving 4.2 inches a year🙂

Recommended:  How To Set-Out The Corners Of A building

Hiring Quacks for the project

Quacks are simply those who execute engineering projects without the ethics and principles of the actual practice. The engineering profession is a very sensitive one since it’s a field that deals with the execution or construction of facilities, infrastructural systems in which humans carry out their daily activities. Be it Malls, bungalows, and duplexes, these are all engineering projects that are better done by highly trained, licensed, and qualified professionals. But because a lot of would-be landlords and landladies are searching for the fastest and cheapest hands in executing their projects Quacks who promise to accomplish heaven on earth at meager professional fees take up these projects and execute without a broad knowledge of the mechanics, basics of proper design. What we have afterward is a collapsed structure and sometimes as we’ve recently witnessed, lives get lost when the system fails.

As a landlord, if you’ve ever refused to provide that number of reinforcements as prescribed by a consultant or your engineer (a registered and practicing COREN licensed civil engineer), then you’re a part of the problem. Because a registered engineer is under oath to execute projects with strict compliance to the provision and ethics of The regulatory body (COREN), he would always ask for the recommended materials for your project. Thus, when you provide less than required, you frustrate him and in most cases, he would be forced to let go of the project which pushes you off to your street engineers who would use substandard materials to execute the same project.

Subjecting The substructure to more loads than it was originally designed for.

After conducting a soil test, a certain type of foundation was prescribed and designed for. Let’s assume it’s such that was prescribed for a storey building. Do you know it is very wrong to just wake up one morning and decide to add another storey making a total of 2 storey? I know you’ll want to say (we added more rods and cast more pillars), but you don’t know the strength of the entire structure has been altered from what it ought to be.

Not like this isn’t possible, but certain structural elements ought to be designed and provisioned for which is why you need the services of an experienced structural engineer whenever you need to alter the initial plans.

If you’re asked to provide 12mm reinforcement bars, please and please resist the urge to ask the engineer to just use 10mm bars in some places to save cost (of course, a professional won’t accept such adjustments cos he knows his license is at stake should anything go wrong later on) doing this means you’re weakening the structure at that section where you used 10mm instead of the prescribed 12mm (because the span, moment and other structural elements were factored before arriving at that size of reinforcements). Stop altering reinforcement bars sizes. Now with a section of the wall or column already weaker than required to withstand a certain amount of load, what else do you expect? A building collapse becomes eminent as the systems keep struggling to withstand the load imposed on it.

In a recent article, we highlighted the best soil for filling for filling in Building construction.

Do you know even using a wrong soil for filling has its impacts on how well your building would react to moisture, settlement, etc? These are things that must be put into consideration when you hire the services of an experienced professional.

This is another major reason why buildings collapse in Nigeria. Whether you’re reading from Canada or the United States of America, Nigeria, or Ghana. I just need you to understand that there are regulatory standards. These standards didn’t just erupt from somewhere. Researches were first carried out, tests were conducted by professional minds after which standards were created, reviewed, and adopted. So whenever you are told the standard, do not try to beat it down. This would increase the future cost of that building you’re erecting and in most cases lead to structural failure. 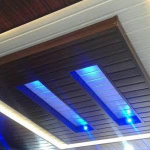 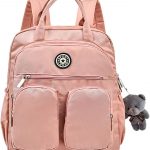