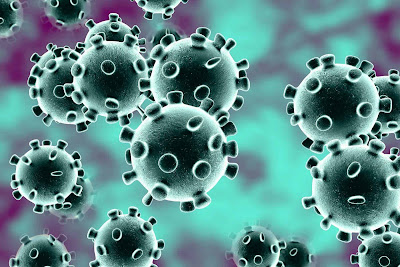 CoronaVirus Disease has become a pandemic according to World Health Organization and as at the time of compiling this article, a lot of countries are taking one desperate measure or the other just to ensure citizens aren’t exposed too much.


But just recently, There has been a twist as a lot of notable figures in the world have tested positive to the deadly corona Virus and a lot of issues are still unfolding with Italy on lockdown and america declaring 15th March a day of prayer!

But then let us take a look at this Corona Virus!

See Also:  Costing: What Would It Cost To Build A 2Bedroom Flat In Nigeria

What Is CoronaVirus Disease?

Coronavirus Disease popularly known as Covid – 19 is a virus Disease believed to have originated from Wuhan city of China. The virus is believed to have been caused by the choice of diet of the Chinese people! There are speculations already saying that the virus was a bio-weapon aimed at crippling global market and all that but, lets leave that aside

Who has Been affected by CoronaVirus Disease?

However, the spread is really tough on Europe as there has been over 40,000 cases with over 2000 deaths.

Taking a look at Africa, i think it will be nice to say coronavirus disease has managed to keep a blind eye in the land of Africa and a lot of people have asked hilarious questions such as “Why aren’t Africans dying of this Virus”

Lets not forget that the current scourge is really hitting hard and has had a lot of effects on global economy.

According to information pulled from Quora, there are series of impacts on global economy, these can be summarized as below:

The coronavirus outbreak may cost China’s economic growth by up to 1%. At 1 per cent, loss to the Chinese economy will be over $136 billion. Other reports say that the impact of Coronavirus will be much higher than the SARS outbreak that had caused a loss of $18 billion. Oxford Economics Consultancy has predicted that the Chinese economy will grow less <4% in the first quarter of 2020, However, the earlier forecast was 6%.

Although it is difficult to predict the actual loss due to Coronavirus infection as china is the production house of the world, not only China is affected but also the entire world is affected due to Coronavirus. I am highlighting a few important damages due to the infection, however, that may be just the tip of the iceberg.

1. Human impact, with more than 35 million people in lockdown state and threatened by the same virus, could be even greater.

2. There are strict restrictions on moving out of Wuhan, (population of ~11 million). Now, the lockdown has been extended to other parts of Hubei province. Thus. Prevention all the movement, including business-related movement, in these regions. The epidemic is putting pressure on all the multinational companies to look out for an alternative, another China, for their businesses

3. Apple is expected to ship 10% fewer iPhones (36 million to 40 million devices) than was projected prior to the outbreak in the first quarter of 2020. Also, the Apple store in China is closed till 10th Feb 2020 (estimated loss of $10 million)

4. China accounted for a 70.4% share of U.S. antibiotic imports in 2013. The world’s pharmaceutical supply chain is in danger as the virus spreads across China and jeopardizes travel and trade.

5. Crude oil hit its lowest level in more than a year due to a 15% reduction in demand from China, in the past two weeks.

6. Copper is 13% cheaper in the last two weeks due to a decrease in demand.

7. Airbus has stopped its production line in Tianjin, the plant builds about six A320 aircraft per month. Other manufacturers to have halted production in China include Toyota, General Motors and Volkswagen.

9. The travel industry has been affected badly. Lunar New Year is a vacation and travel time in China. Reports say that over 7 million people had made travel plans for abroad. But actual travel is estimated to have come down by 40 per cent compared to 2019.

Excellent Personal Hygiene: It is recommended that as long as you are human and live on the surface of the earth, especially within the countries with a lot of cases, ensure you wash hands and/or use alcohol based hand sanitizer and avoid touching your face always.

Is there a known Cure from Coronavirus disease

While the world is yet to get a good feet on the effects of the deadly coronavirus disease, it must be noted that there is no known cure for the disease. There has been several rumors that israel has found a cure but i think that remains a cure till it is made public by World Health Organization (WHO)

There are also speculations that China has cured a lot of infected individuals but once again, it is all media nonsense as no one has found the cure just yet!