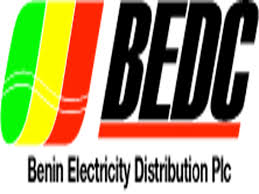 Today on GuardianConstructors, i am going to share with you a story.
Its a story that i know would serve as an eye opener to you as a would be landlord or a Nigerian trying to have one or more things fixed in the house.
It would serve as a guide to you when you want to install BEDC, PHCN Prepaid meters in your home.
Read and be enlightened.
When this client was about installing prepaid meters, I called BEDC headquarters in Benin and made a lot of inquiries in how possible it would be to get the prepaid meters.
The customer care agent that responded to my call honestly told me that meters aren’t available at the moment. He also told me that it’ll take like 2 months to process it.
I relayed same to my client but he was obviously not listening. He failed to listen and claimed his brother from his state is a staff of BEDC and would bring and install 6 prepaid meters within 3 days.
I said OK. After all he’s well connected, he’s a rich man.
I was asked to take the supposed BEDC staffs to the compound.
On our way, I noticed the so-called BEDC staffs spoke in some funny codes that were clear to me. They also made eye contacts and seeing this alone, I knew their way nor pure.
They saw the compound, they made estimates for Wires and other necessary materials required to fix the meters.
Well, it was 6 prepaid meters in total and my client was asked to pay N34,000 per meter. This amounted to a total of N204,000 and my client was quite ready to dish out all that cash to them.
He gave me the N204,000 but I gave them just N85,000 to begin the work. This act caused a little issues between my client and I though but na beer and BBQ settle am las las.
Gave the men the money and relaxed for then to bring the prepaid meters in 3 days as they promised.
4th day, No show. 7th day no show.
Client called me, I laughed over the phone because to me, my prophesy and predictions for which he’d hushed me was coming true. I felt like a prophet.
12th day, no show. Worries and complains came. I still laughed sha.
I began my own private investigation. I went to the nearest BEDC branch office closest to me and inquired of the 2 supposed BEDC staffs.
“They used to work, but as a result of gross misconduct and acts against the ethics of the BEDC, they were fired” – my client was shocked.
As a street boy wen I be, I begin ask questions, located one of the men and had him arrested. He had to cough out the money I gave to him and show us the other man.
He did show us the location of his cothief, but the money, he claim they shared it and he’d used his share to pay his rent. I felt like slapping the block off his head, but no. I don’t want to reduce my groom price. I really have a zero tolerance for gross stupidity.
Well, he promised to pay back and so did his other mutherfucking smoker drunkard cothief.
Till date, they’re still looking for his to come up with the money.
Meanwhile, I took my client to the BEDC office, we paid the the prepaid meters and within 2 months, they were supplied, fixed 2 weeks ago and now he’s free.
For yelling at me for not giving the complete 204k to the thieves, he’s apologized and even have me a very nice gift for it.
I saved his ass na.
There alot of hungry impersonators out there trying so hard to catch a prey. Do not be their hare or goat.
And so if you’re out to install a prepaid meter in your compound, please make sure you’re contacting the right persons.
Go to the right office and pay for it. Do not use backdoor cos it might backfire and lead to a huge loss.
If possible, ask for Express processing and pay for it as it would enable you get what you want within a short time.
Just my N1 Advice sha.
©MrPinner 2017
Share on Social Media
telegramtwitterfacebooklinkedin
Recommended:  Tutorial: A Very Powerful Tool To Help You Calculate The Amount Of Materials Required For Your Construction